A New York Times blogger (Errol Morris) just wrote an interesting article on images and the power they have. In his article/blog he interviews Hany Farid, a Dartmouth professor who is an expert on digital photography and said this about the Iranian missile photo (without Godzilla) published almost everywhere on July 10th.

I remember when my youngest son was a few months over 2. He didn’t even know his alphabet yet, but he knew when he saw a McDonald’s logo. He even would watch American Idol with us and while driving through Atlanta one time we passed a Ford production plant and he screamed: “Hey Mommy and Daddy, American Idol!” It took us a minute to figure out what he was talking about, but after was saw him pointing to the Ford logo, we realized he associated Ford with American Idol.

Now if we all had the advertising budgets of Ford and McDonald’s we might not have a problem. One of my favorite marketing authors is Harry Beckwith and in his book Selling the Invisible, he articulates how smaller business or even independent professionals can take advantage of this same principle:

Prospects do not buy how good you are at what you do. They buy how good you are at who you are. People deal with you because the feel comfortable with you. Convey that you are “positively good.” It is better to say too little than too much. Watch what you show – lobby, clothes, business card, etc. Make sure people see who you are. Make the invisible visible. There is no correlation between the orangeness of an orange and its flavour. Growers pick oranges when they are green. They never get any riper or juicier. The oranges are coloured artificially. Seeing is believing, so check your peel.

Have you checked your peel? If not, redo your web site, get a new brochure or maybe update your logo. Your image communicates a lot more than you think.

Wouldn’t it be great if there was a medium that could give you reports of exactly how many people interacted with your message? New billboards from Quividi that can identify your sex and customize a message directly to you. Or even send a message directly to you while you’re waiting for a friend at the mall (HolsonicSmart billboards)… without headphones and without others around you hearing it.

Instead of waiting for tomorrow to happen, try taking the first step towards the future and getting great feedback from your marketing message through an opt-in email campaign. Find out who’s reading your messages and send each customer information that they’ve asked to receive.

More people are gone at the Herald. Does that mean their news gets better? Are they outsourcing jobs overseas?

This is not the first and it won’t be the last. Paper cuts

Rolling Stone Magazine just annouced that they are reducing the size of its magazine to better accommodate newsstands. I’m sure it has nothing to do with the fact that people aren’t reading magazines like they used to or the fact that postage and printing prices are on the rise.

If you look across the landcape of the old media (TV, radio, newspapers) they all have had trouble gaining traction with modern technology. Broadcast TV has had to deal with declining eyeballs since the 80s when cable has diluted its stranglehold on TV advertising. With the introduction of the Tivo and other DVRs, networks aren’t sure what to do. Local TV is also scrambling.

Local radio have to deal with iPods and satellite radio and the Herald-Leader, who used to be the only print game in town, is scrambling to catch up to groups such as Smiley Pete with niche products like Skirt and web portals covering every niche possible.

If you haven’t already, upgrade your company web site. Let customers create a dialog with you. Communicate to them with a mutli-channel strategy including a mix of the old media and a healthy dose of the new media.

Have you or a client over-thought a simple challenge? Sometimes the process gets in the way of the function. I found this web site after reading an article from Ron Jackson at Business Lexington. 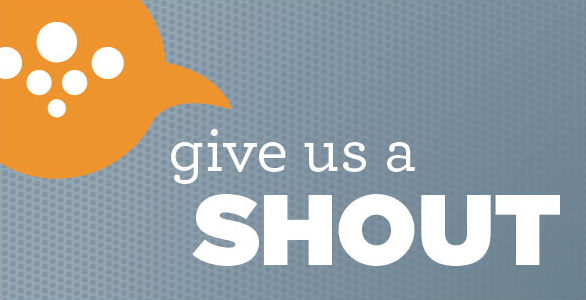